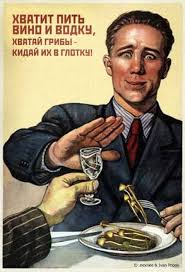 Treating dependence on one legal and socially accepted drug with another that is illegal and socially maligned might seem controversial. However, researchers in New Mexico have recently conducted a proof-of-concept study into the effectiveness of the magic mushroom hallucinogen psilocybin in treating alcohol dependency.

There has also been a renewed interest from researchers into the so-called ‘classic hallucinogens’ – LSD, mescalin, DMT and especially psilocybin – for use in a range of treatment applications of late. These include anxiety in terminally ill cancer patients, smoking cessation and various drug addiction scenarios. However this current trial by the Centre for Psychiatric Research is the first of its kind specifically targeting alcohol dependency.

From a group of seventy people who responded to advertisements, only 10 were accepted into the current study after being screened for family risks of schizophrenia, suicide, bipolar disorder, and previous opioid, cocaine or psychostimulant dependence. The participants were all classified as DSM-IV alcohol dependent and began treatment with four weeks of Motivational Enhancement Therapy, a psychosocial therapy using the principals of motivational interviewing. At the end of week 4, a 0.3 mg/ kg of bodyweight dose of psilocybin of was administered orally. Participants then spent the rest of that day listening to a prescribed soundtrack through headphones, wore eye patches and lay on a couch in a ‘living-room-like’ space attended by two therapists. Various medical supports were on hand in case of emergencies – such as anxiety attacks or acute psychosis – but were not required.

After 7 hours the participants began to fill out a series of self-report inventories relating to the quality of their experience, including the Mystical Experience Questionnaire and the Altered State of Consciousness Scale. Side effects of the hallucinogen included mild headaches for 5 of the participants, some nausea, diarrhoea and insomnia after the treatment. The subjects were escorted home by friends or relatives who also spent that night with them and four weeks later a second and final psilocybin dose was given.

Despite the limitations of this trial – which include a lack of controls or blinding and the small sample size – drinking behaviours improved dramatically from the psychosocial treatment phase after psilocybin was taken. These improvements included significant positive changes in psychological measures regarding drinking, along with a decrease in both the percent drinking days and heavy drinking days of the subjects during weeks 5-12, and also relative to weeks 1-4. These gains were found to be largely maintained at a follow-up point 36 weeks after the trail began.

Self-report effects included the experiences of a transcendence of time and space, feelings of unity, sacredness and a deeply felt positive mood, all of which have been found to be central to shifts in personality in ‘normal’ volunteers who have received psilocybin in other studies. While the precise biological pathways for psilocybin’s usefulness in the treatment of addiction is poorly understood – relating to the serotonin subgroup of receptors 5HT2A – the drug’s other psychological effects are even more mysterious. One interesting example of other recent research has found that psilocybin can improve the quality of life of terminally ill cancer patients and attests to how much there is to learn about this alkaloid compound in diverse contexts.

In regards to treatment for alcohol addiction, large-scale randomised trials will be the next step in quantifying psilocybin’s ability to help improve longer-term treatment responses. These applications will continue to be qualified by psychiatrists as being part of a combination of treatments aimed at carefully screened and supported subjects. The question of whether such hallucinogens will one day come to be widely accepted in treatments for addiction remains to be seen.

The original article for this: Grob, C.S., Bossis, A.P. & Griffiths, R.R. (2013). Use of the classic hallucinogen psilocybin for treatment of existential distress associated with cancer. In Carr, B.I. & Steel, J. (Eds.) Psychological aspects of cancer: A guide to emotional and psychological consequences of cancer, their causes and their management (pp. 291-308). New York: Springer.