Why You Should Write a Letter to Yourself Tonight

Of the 200 participants, 65 wrote about a childhood trauma. Although the death of a family member was the most frequent topic, 22 percent of the women and 10 percent of the men reported sexual trauma prior to the age of 17. Writing is one of the most effective ways to access an inner world of feelings that is the key to recovering from genuine trauma and everyday stress alike.

Most of us have poured out our hearts in angry, accusatory, plaintive, or sad letters after people have betrayed or abandoned us. Doing so almost always makes us feel better, even if we never send them. When you write to yourself, you don’t have to worry about other people’s judgment — you just listen to your own thoughts and let their flow take over. Later, when you reread what you wrote, you often discover surprising truths.

As functioning members of society, we’re supposed to be “cool” in our day-to-day interactions and subordinate our feelings to the task at hand. When we talk with someone with whom we don’t feel completely safe, our social editor jumps in on full alert and our guard is up. Writing is different. If you ask your editor to leave you alone for a while, things will come out that you had no idea were there. You are free to go into a sort of a trance state in which your pen (or keyboard) seems to channel whatever bubbles up from inside. You can connect those self-observing and narrative parts of your brain without worrying about the reception you’ll get. 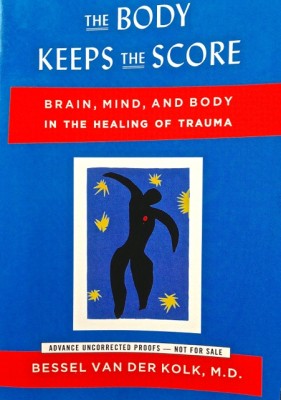 In the practice called free writing, you can use any object as your own personal Rorschach test for entering a stream of associations. Simply write the first thing that comes to your mind as you look at the object in front of you and then keep going without stopping, rereading, or crossing out. A wooden spoon on the counter may trigger memories of making tomato sauce with your grandmother — or of being beaten as a child. The teapot that’s been passed down for generations may take you meandering to the furthest reaches of your mind to the loved ones you’ve lost or family holidays that were a mix of love and conflict. Soon an image will emerge, then a memory, and then a paragraph to record it. Whatever shows up on the paper will be a manifestation of associations that are uniquely yours.

As far as I’m aware, the first systematic test of the power of language to relieve trauma was done in 1986, when James Pennebaker at the University of Texas in Austin turned his introductory psychology class into an experimental laboratory. Pennebaker started off with a healthy respect for the importance of inhibition, of keeping things to yourself, which he viewed as the glue of civilization. But he also assumed that people pay a price for trying to suppress being aware of the elephant in the room.

He began by asking each student to identify a deeply personal experience that they’d found very stressful or traumatic. He then divided the class into three groups: One would write about what was currently going on in their lives; the second would write about the details of the traumatic or stressful event; and the third would recount the facts of the experience, their feelings and emotions about it, and what impact they thought this event had had on their lives. All of the students wrote continuously for 15 minutes on four consecutive days while sitting alone in a small cubicle in the psychology building.

The students took the study very seriously; many revealed secrets that they had never told anyone. They often cried as they wrote, and many confided in the course assistants that they’d become preoccupied with these experiences. Of the 200 participants, 65 wrote about a childhood trauma. Although the death of a family member was the most frequent topic, 22 percent of the women and 10 percent of the men reported sexual trauma prior to the age of 17.

The researchers asked the students about their health and were surprised how often the students spontaneously reported histories of major and minor health problems: cancer, high blood pressure, ulcers, flu, headaches, and earaches. Those who reported a traumatic sexual experience in childhood had been hospitalized an average of 1.7 days in the previous year — almost twice the rate of the others.

The team then compared the number of visits to the student health center participants had made during the month prior to the study to the number in the month following it. The group that had written about both the facts and the emotions related to their trauma clearly benefited the most: They had a 50 percent drop in doctor visits compared with the other two groups. Writing about their deepest thoughts and feelings about traumas had improved their mood and resulted in a more optimistic attitude and better physical health. 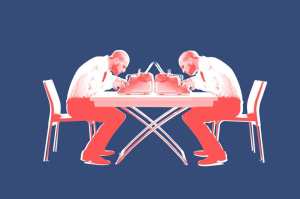 When the students themselves were asked to assess the study, they focused on how it had increased their self-understanding: “It helped me think about what I felt during those times. I never realized how it affected me before.” “I had to think and resolve past experiences. One result of the experiment was peace of mind. To have to write about emotions and feelings helped me understand how I felt and why.”

It is now widely accepted that stressful experiences — whether divorce or final exams or loneliness—have a negative effect on immune function, but this was a highly controversial notion at the time of Pennebaker’s study. Building on his protocols, a team of researchers at the Ohio State University College of Medicine compared two groups of students who wrote either about a personal trauma or about a superficial topic. Again, those who wrote about personal traumas had fewer visits to the student health center, and their improved health correlated with improved immune function, as measured by the action of T lymphocytes (natural killer cells) and other immune markers in the blood. This effect was most obvious directly after the experiment, but it could still be detected six weeks later.

Numerous experiments have since replicated Pennekbaker’s findings. Writing experiments from around the world, with grade-school students, nursing-home residents, medical students, maximum-security prisoners, arthritis sufferers, new mothers, and rape victims, consistently show that writing about upsetting events improves physical and mental health. This shouldn’t surprise us: Writing is one of the most effective ways to access an inner world of feelings that is the key to recovering from genuine trauma and everyday stress alike.